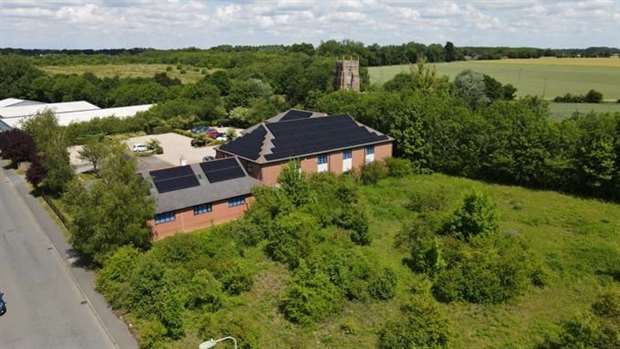 The proposed gas-fired power station on the Chilton Estate just outside Sudbury has been rejected by Babergh councillors who voted 6 to 5 against.
The decision was initially tied 5 to 5 after planning officers had recommended approval and had to be decided on the casting vote of the chairman Cllr Stephen Plumb.

Cllr Robert Lindsay spoke against the application at the committee and Cllr Leigh Jamieson proposed a refusal.

Robert said:
“This is the first big step in the right direction for Babergh Council. Given that every one of us Babergh councillors voted to declare a climate emergency and to get to carbon zero by 2030, I don’t see how councillors can look residents in the eye and say they voted in favour of this. 84 residents of Sudbury objected and there was not one person in favour.

He added: “The developer tried to argue that gas fired plants like theirs were an essential part of the transition to a zero carbon National Grid, but all the evidence is increasingly pointing to the fact that we need to stop building new gas plants of any type, right now, if we are to have any chance of keeping global warming within 1.5 degrees.”

During the meeting Cllr Lindsay told the committee that emissions from the plant would total 2.2million kg of carbon every year if it operated for the maximum hours allowed, which is the equivalent of nearly ten per cent of all the home heating emissions in the district.

The developer may yet appeal the decision, but in the meantime we can celebrate that Green ideas have held sway on Babergh’s planning committee for once. Read more about it in the Suffolk Free Press here. Watch the YouTube recording of the meeting here (power plant application starts about 47 mins).
Well done to Leigh and Robert!

Published and promoted by Gordon Mehrtens on behalf of the Green Party, both at Bildeston House, Bildeston, Suffolk IP7 7EX.